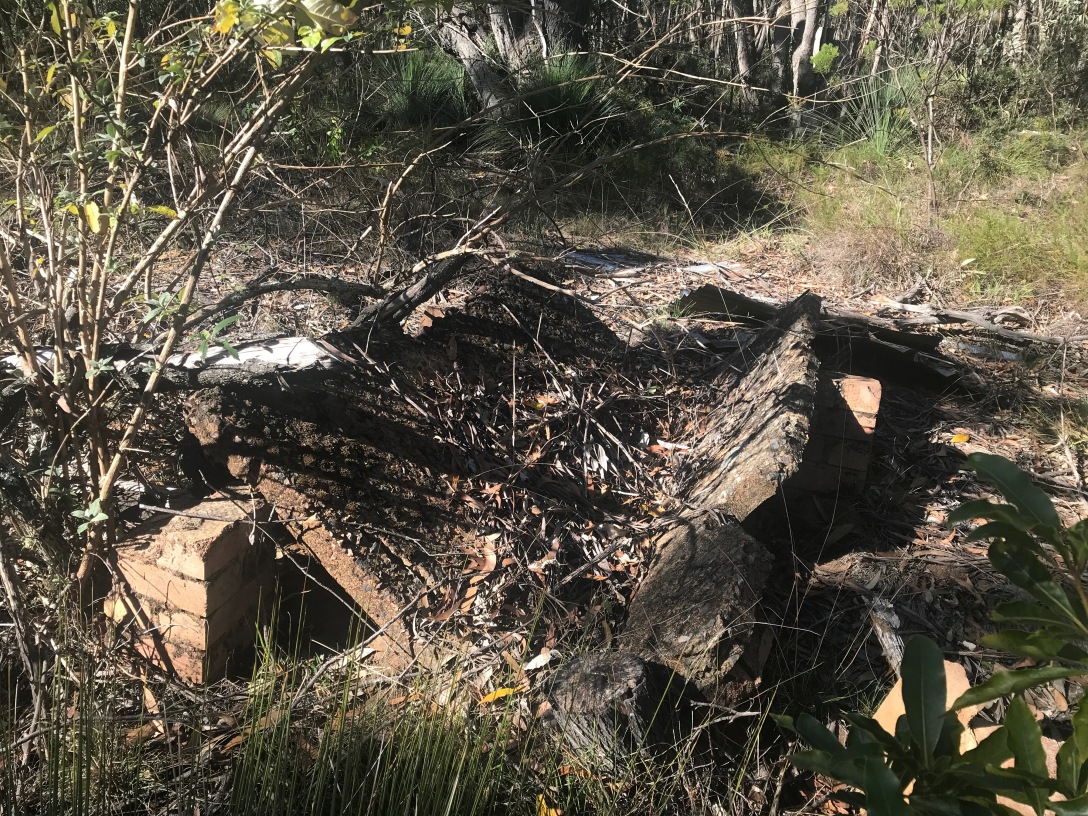 Historians have reflected on the deep satisfaction of finding things and that this is perhaps strongest during encounters with objects, with some even revealing a strong desire to steal objects as keepsakes. (Steedman 2001, Burton 2005, Rose 2000) On the one hand, I am horrified by the idea of scholars pillaging items they discover as part of their research but on the other, I realise I have been guilty of this myself. When I found Eve Langley’s ruined hut in Leura, after following spoken directions by somebody who had been there before, there was a lot of debris at the site including smashed crockery which may or may not have been Langley’s. I took a shard and put it in my pocket and it now sits in an Erinmore Flake pipe tobacco tin on my desk (the brand my father used to smoke).

Since she died in June 1974, the hut has been left to quietly decompose without any intervention. Seeing the imploded remains of the hut scattered across the ground inspired mixed feelings in me. Given my interest in Langley’s work I wish that she had a permanent, tangible memorial of some kind yet I appreciate the fact that her hut has been allowed to erode naturally, to turn into a ruin. There are not enough Australian literary ruins, perhaps because due to local government concern with occupational health and safety or lack of funding for preservation. As Caitlin DeSilvey’s work on an old Montana homestead has shown, ruins may be resonant in ways that restored properties are not. Meaning can be salvaged from incomplete sources: fragments of paper, objects, scraps of oral history and other ‘remains’ – this material may be used to craft stories about people and place that might otherwise go untold.

We came through the Gate of the Crossing in a year that is not remembered and will never be forgotten . . .

Melbourne Circle: stories from the suburbs

new words, images and shared stories from our crowded solitude

Books, reading and anything else that comes to mind...with an Australian focus...on Ngunnawal Country

Time Travellers in Essendon, Flemington and the Keilor Plains

For lovers of Australian and New Zealand literary fiction; Ambassador for Australian literature

Nathan Hobby, a biographer in Perth

The life of Katharine Susannah Prichard, the art of biography, and other things

Thoughts about new and old books